6-2 volleyball rotation for the sport of 6 vs 6 player volleyball.

Offense for the 6-2 Volleyball Rotation

The most popular offensive system is the 6-2 offense. The reason it's called a 6-2 is because you have 6 attackers and 2 setters.

The setters play opposite one another and set when they are on the back row.

Since the setters are only setting when they are on the back row, this means you'll always have 3 attackers at the net at all times.

This is different than when running a 5-1 offense or a 4-2 offense.

Setter in Left Back Rotation

Advantages to the 6-2 Volleyball Rotation

There are many advantages to running a 6-2 volleyball rotation...

Disadvantages to the 6-2 Volleyball Offense

There are a few disadvantages of running a 6-2 volleyball rotation... 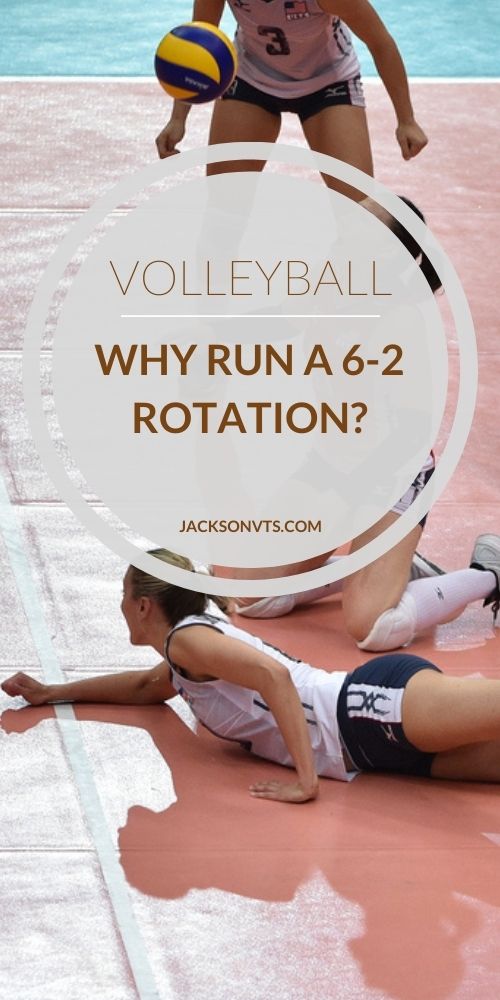