Basics of the Game

A volleyball match consists of 6 players on each team. 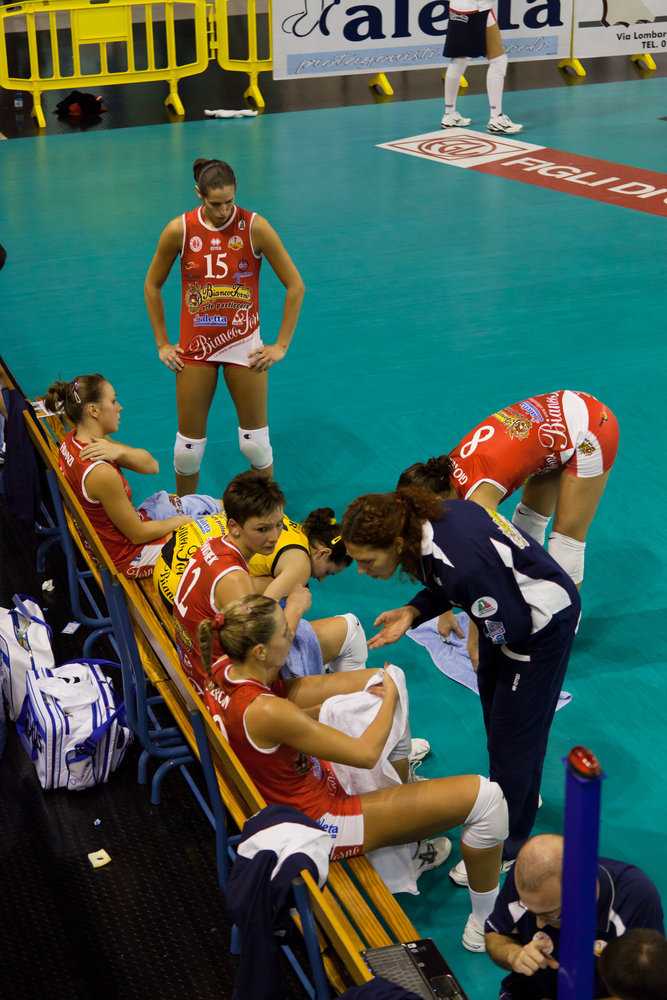 The serve begins when the server standing at the baseline hits the ball over the net to the opposing team.

The opposing team returns the serve by using up to 3 contacts to return the ball over the net. During these 3 contacts, the same player can't contact the ball in succession.

Teams may choose to use fewer than 3 contacts to return the ball, but at advanced levels of play, teams generally will use all 3 contacts.

The strategy to score points involves pass, set, and hit.

The strategy consists of moving the players around the court to take advantage of specific skills each player has developed.

Back row and front row players 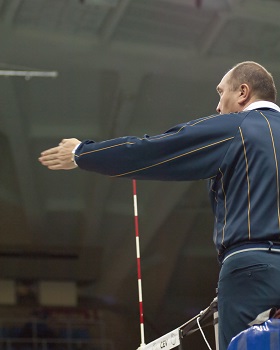 Every play ends when one team wins a point. A team doesn't have to serve a ball to score a point.

If the ball hits any part of the court boundary line, the ball is considered in.

If the ball lands outside the court, hits an antenna, the referee stand, the wall, etc then it's considered out of play.

A play also ends when the referee blows the whistle to make a call regarding a violation.

If the team that didn't win the serve scores the point, each player on that team rotates clockwise around the court after they win the point.

In this situation, the player that is now moved into right back position, is now the new server.

Now, if the serving team wins the point, the team doesn't rotate. All the players remain in their same positions and the same server initiates the next serve.

Players are allowed to move to anywhere on the court they want after the server contacts the ball. 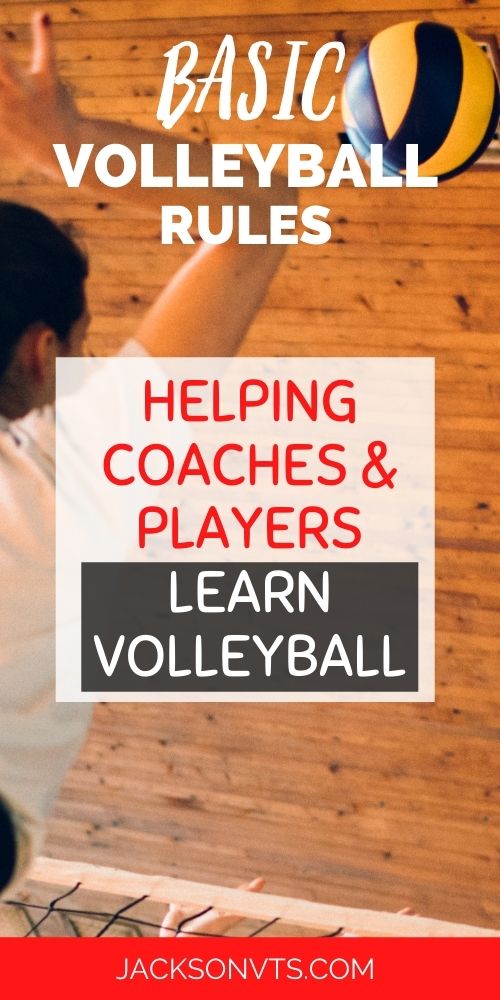 The order of the line up is the rotation order that players must maintain throughout the game.

Libero Tracker
Libero tracker for volleyball. Learn how to track the libero and why you need to know where the libero is on the court. When a volleyball player comes into the game,

Rule Differences NCAA/USAV/NFHS
Here are some of the biggest differences among the NCAA/USA VOLLEYBALL/NFHS organizations.

Understanding your volleyball lineup is an important part to being successful in volleyball. How you decide to line up your team will depend on various things. Factors on experience, skill level...

Basic volleyball rules for organized volleyball. Different organizations with their own set of rules. The league or club you play likely playing by the rules of FIVB, USAV, NFHS, or...

Volleyball officials and professionalism. tips will help keep you out of trouble with coaches and get your matches running...

High school volleyball rules update. Do you know the major rule changes for this season? The following page explains the new rules and rationale...

Volleyball court dimensions for NCAA women, USAV, and National Federation. Not all rules are the same from organization to organization. Court specifications for net height and court length...

Volleyball mistakes include prolonged ball contact, multiple contacts in one attempt to play the ball, player touching the net, team out of alignment, and wrong server...

How to for officiating volleyball, referee conduct, and how to act as a volleyball referee. Professionalism is the conduct or qualities that characterize or mark a professional person...