The following are volleyball terms most commonly used by volleyball players, coaches, and fans.

Ace
An ace is a serve that isn't passable.

Most statisticians score an ace for when passer can't make the ball playable for any other player on the team. This may mean a teammate can get a hand on the ball, but keep it in play.

Setter
A setter is a specialized position on the volleyball team. The setter also has a specific role. The setter is almost always the leader on the court. The setter's main job is to set the ball to attackers.

Assist
An assist is a set or a pass to an attacker that results in a point. An example would be a setter setting a hitter and the hitter attacks the ball to ground of the opponent. The setter would then get credit for an assist.

Kill
A kill is an ball that is sent over the net and immediately scores a point. An example would be a front row player spiking a ball to the ground of the opponent. This spiker would get credit for a kill. 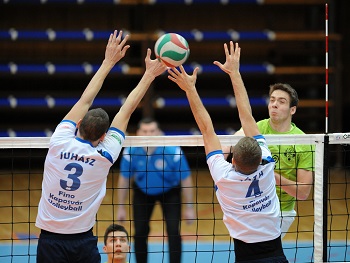 libero
The libero is specialized position on the court.

Libero... also referred to as the teams "defensive specialist"

The player on the team that plays the libero is only allowed to play on the back row. The libero wears a different colored jersey than the rest of the team.

The libero also has special rules. For example, the libero can't set attackers when they are in front of the attack line.

Also, the libero can't ever attack the ball when it is completely above the height of the net. 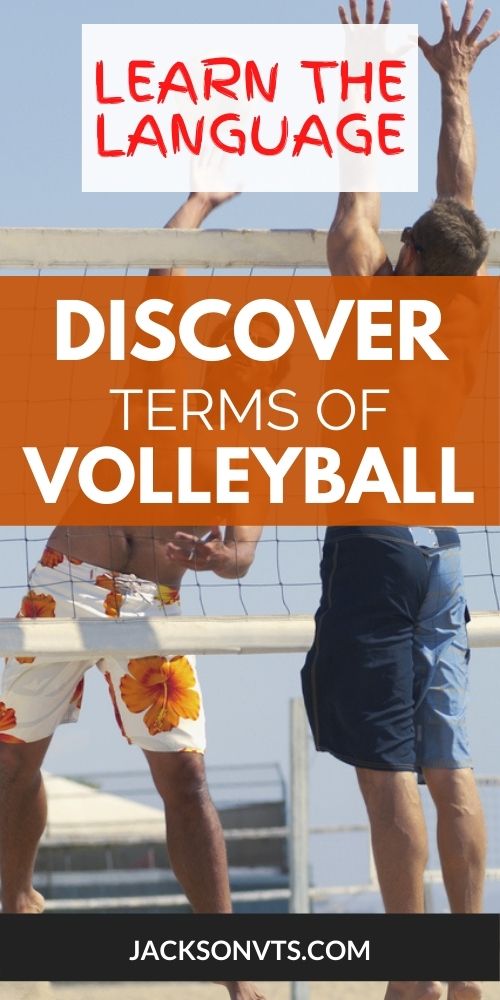 Attacking on the Beach

Left front is the position on the left side of the court near the net. Usually the best hitter on the team plays outside hitter because this is the set that's the most important for team offense.

forearm pass
The forearm pass is the fundamental passing skill in volleyball.

When a player makes a forearm pass, the passer brings their hands together and contacts the ball on the forearms.

The ball then rebounds up in the air at a trajectory optimal for a setter to move and set the ball.

server
The server is the player that tosses the ball up and hits it over the net to start the volley. The serve serves from baseline of the court.

Terms and Definitions
Volleyball terms and definitions. Set, kill, dig, side out, carry, spike, ace are common terminology in volleyball. Learn the lingo to grasp how to play volleyball. Understand the game by learning the sayings and quotes...

Terminology
Volleyball terminology for learning volleyball. Whether you're a player, coach, or fan, you need to know terms to understand the game. Terms such as...

Defense
Volleyball defense is even more important since the advent of rally scoring. Serving, blocking, and team defense are more critical to the outcome of a match. A key ingredient to the success...

Lingo
Volleyball lingo and terms for playing volleyball. Learn the language of volleyball and have fun cheering your team on! Pancake, joust, roll shot, and bring the heater are key...

Famous Quotes
Famous volleyball quotes by coaches and players. Learn about volleyball from the experts. Sayings and mottos help volleyball players learn the game and develop the right mindset for...

Serving
Volleyball serve techniques and strategies. The floater and the topspin serves are the two main types of volleyball serves. Serving is very important in volleyball. Other types of serves include jump...

Defensive Positions on the Court
Volleyball positions on the court for defense. Special defensive skills are needed to play the right side, left side, or in the middle of the court in both the front row and back rows. Develop techniques...