Many people believe beach volleyball was actually first played on the Hawaiian coast in the 1920's. The game later began to really take off on the coast of California in Santa Monica. The 1st organized trophy tournaments were played on Manhattan Beach in California. The Manhattan Beach Open is known as the Grand Daddy of all the beach volleyball tournaments. Paul Johnson played in the 1st team match with 2 players on each team, in Santa Monica, California in 1930.

Beach volleyball history was made when in the early 1930's, the 1st two-player beach volleyball team tournament was held, while up to that point in time a team had only consisted of 6 players. Also, spiking or smashing the ball was against the rules. The first professional doubles beach volleyball championships took place in 1947 at the State Beach coast of California, with the winners being Harris and Saenez.

In the 70's and 80's, Beach Volleyball became a professional sport and spread worldwide with players native of the United States and Brazil dominating.

Beach Volleyball was accepted as an official discipline at the Olympic Games in Atlanta in 1996. 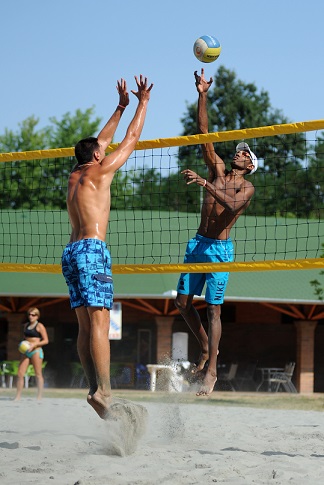 2001: Christopher "Sinjin" Smith plays the final match of his impressive career, a 21-19 and 24-22 loss with George Roumain to Dax Holdren and Todd Rogers in the 4th round of the contender's bracket at the AVP Manhattan Beach Open. Sinjin retires as the leader in tournaments played with 416, 2nd in all-time victories with 139, and 4th in all-time winnings with over US$1.6 million earned.

2003: Karch Kiraly becomes the first player to earn US$3M in prize money and oldest player to win an AVP tournament at age 42 years, 9 months and 14 days.

2006: In Seaside Heights, both Casey Jennings (with Matt Fuerbringer) and Kerri Walsh (with Misty May-Treanor) won titles, becoming just the second husband-wife duo to win pro beach events on the same weekend. They join Mike and Patty Dodd, who accomplished the feat four times in 1989, but each time in different locations. 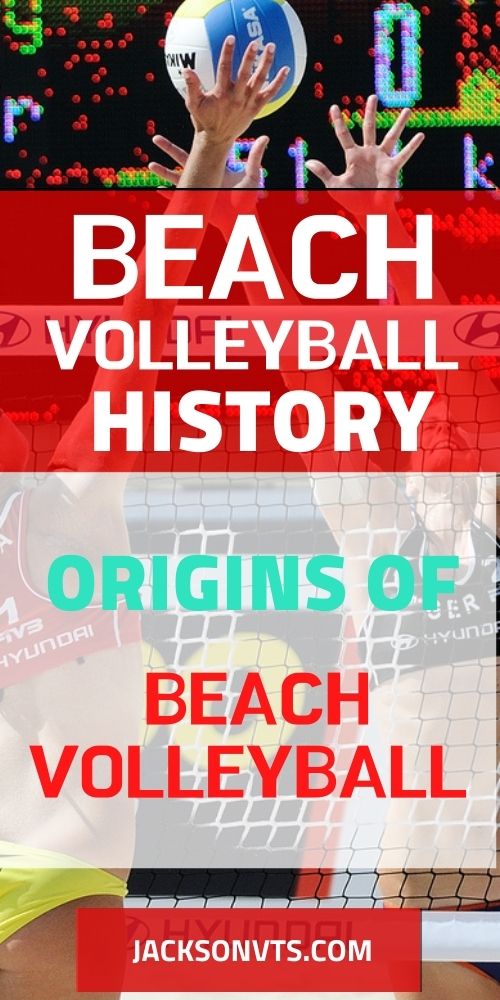 2006: Kerri Walsh and Misty May-Treanor win in Chicago as Walsh joins the millionaire club. She is the 18th person worldwide to win over $1 million in her career, and did so in fewer events (90th tournament) as well as being one of just four to reach the mark before turning 28 years old.

2007: Misty May-Treanor passes Brazilians Adriana Behar and Shelda Bede as the winningest player since the women's competition on the international beach volleyball circuit began in 1992.

2007: Misty May-Treanor becomes the women's all-time wins leader by capturing her 73rd victory, surpassing Holly McPeak's record by winning with Kerri Walsh in Hermosa Beach. She reached this total in just 123 tournaments -- winning 57.5% of her events.

2007: This was a crazy time in beach volleyball history when in a championship match that lasted 1:41, Nicole Branagh and Elaine Youngs defeat Jennifer Boss and April Ross 21-19, 18-21, 16-14 in Seaside Heights. The marathon set the record for the longest match in rally scoring, men or women, in domestic or international play.

2007: An emotional moment in beach volleyball history when Karch Kiraly retires to close an impressive career on the beach, leaving as the all-time wins leader and money earner. His longevity was marked by the fact he won a tournament in 24 different years, and he advanced to the semifinals in over 75% of all the events he ever played and was named as the AVP's MVP a record-most six times.

2008: Hot Winter Nights, a series of 19 events in January and February, kicks off in Oklahoma City, Oklahoma marking the first ever indoor beach volleyball tour. Mark Williams and Nancy Mason are the first winners in the "King of the Beach format" events.