NCAA
One player must be designated as captain on the lineup sheet for each set, and is captain whenever that player is on the court. 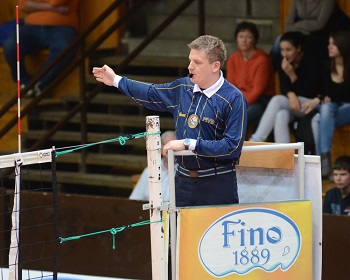 NCAA
During play, non-playing team members will be required to stay at least 1.75 meters from the court, and completely outside the substitution zone.

USAV
 During play, the coach may stand or walk within free zone in front of team bench and at least 1.75 meters from the court without disrupting the match.

 One assistant coach may stand to instruct players on the court, with the same location restrictions.

High School Federation
 During play, the head coach may stand n the libero replacement zone at least 6 feet from the sideline to coach. If a team member on bench is assessed a card for unsporting conduct, privilege is lost.

 Assistant coaches shall remain seated on the bench during a set.

Non-disruptive coaching  ball out of play

NCAA
 No restriction on coachs location while seated on bench.

 Only one coach at any time may address referee to clarify non-judgment ruling or confirm TO/sub information. Coaches may not enter the substitution zone to discuss a judgment decision.

 Coach(es) must not remain in substitution zone during play after a rule clarification.

USAV
 If seated, the coach is required to sit on bench nearest the scorekeeper.

 Rules for volleyball state that during a dead ball, the coach may stand or walk within free zone in front of team bench without disrupting the match.

 One assistant coach may stand to instruct players on the court.

National Federation
 No restriction on coachs location while on bench.

 During a dead ball, head coach may stand in libero replacement zone to instruct players. Privilege is lost if any team member on bench is assessed a card for unsporting conduct.

Team sanctions is an area in rules for volleyball that is often misunderstood by many volleyball fanatics.

NCAA
 Delay Warning yellow card held against the opposite wrist.

USAV
 Delay Warning  No card displayed; one hand held against the opposite wrist.

National Federation
Time-out charged for unnecessary delay. If a team has used both time-outs, a loss of rally results, point awarded to opponent. 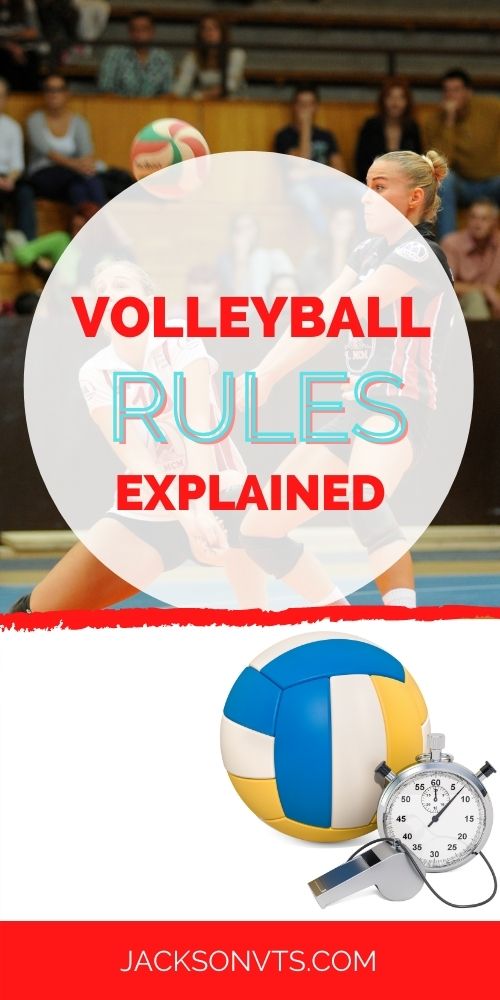  Home team designates their playing area for the first set one hour before the match.

 Pre-match coin toss is for serve/receive only, and is called by the visiting team representative.

 Deciding set coin toss is conducted near the score table; the toss is called by the home team representative, and is for serve/receive or playing area.

 Both pre-match coin toss and deciding set coin toss are for serve/receive or choice of playing area.

 Current game captain for each team attends deciding game coin toss, which is conducted near the score table.

National Federation
 Head coach and captain(s) must attend. Home team selects playing area/bench for set #1 upon entering the facility. Pre-match coin toss is for serve/receive only.

 Deciding set coin toss is conducted at center of court; the toss is called by the home team playing captain (on the floor at the end of set 4), and is for serve/receive or playing area.

Rules for Volleyball - Length of Timeouts

NCAA
Default is 60 seconds. By coaches agreement, the length of all timeouts in a non-broadcast match may be extended to the length of a media timeout (75-90 seconds). Warning whistle is blown 15 seconds before end of timeout period.

USAV
30 seconds. Rules for volleyball state that no warning whistle is blown before end of time-out period.

The illegal alignment signal shall be used for a libero replacement after the whistle/signal for serve. It is also used to communicate a penalty being assessed for failure to submit an accurate lineup.

Rationale: Clarifies Illegal Alignment is the penalty for a libero replacement that takes place after the whistle/signal for serve regardless of whether or not the ball is contacted for serve. The additional use of the signal is to indicate a penalty is being assessed for failure to submit an accurate lineup and will improve communication between officials and spectators when this violation occurs.

Clarifies the authority and criteria for the state association to authorize exceptions to the rules for volleyball to provide a reasonable accommodation to individual participants.

Reference to a let serve is removed from the rules for volleyball and replaced with language indicating a serve contacting and crossing the net entirely within the antennas remains in play.

An illegal back-row attack is called when the ball completely crosses the net or is contacted by the opponent.