A coach may choose the two player formation when the team has two primary passers who are athletic and can cover a large area of the court.

For this formation to work, both passers must have great range from side to side and up to back.

The two passers involved in this formation are usually the outside hitters known as swing hitters. 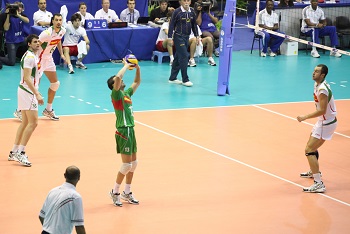 This formation is popular when a team wishes to use 3 primary passers. One or two of the passers can be front-row players not involved in first-temp offense.

Two of the passers are usually outside hitters that run a swing offense or a second tempo offense in conjunction with a middle hitter who doesn't have passing responsibilities and is free to run a first tempo attack.

The secondary passers are at the net watching for a let serve or a short serve that can be pass overhead with the hands.

The three person formation is successful against both the jump serve and float serve. Area responsibility of the passers depends on both the quickness and passing ability of each passer.

When a libero is permitted, some teams will incorporate an outstanding passer to play an integral role in the three player serve receive volleyball formations.

The four player formation is useful for teams that aren't real mobile and want to free up their first-tempo player for a quick attack.

The two short players start outside the deep passers in what is called a U pattern.

The weakness is either corner or the 3 zone near the net.

The modification against the U is to move the two passers into a power-left or power right shift.

In the power right, the right-front short passer slides several steps to the left into the 3-zone passing position, changing the open zone from the 3 to 2.

In the power left, the left-front attacker shifts from the 4 zone into the 3 zone, changing the open zone from the 3 o the 4.

Employing the shift just as the server tosses the ball enhances deception.

The five player formation has become less popular because of the growing use of specialized players.

The advantage is that each player has less area to cover.

Also, having the middle attackers drop back off the net into the passing pattern can disrupt the timing of a first or second tempo attack. This is one of the main reasons advanced teams don't use five player serve receive volleyball formations. 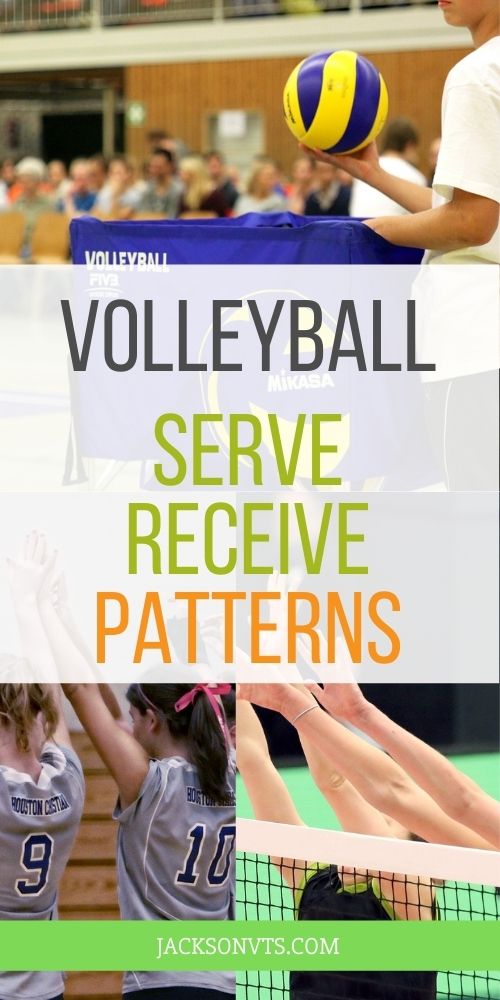 Home › How to Play › Formations