Volleyball is one of the most interactive sports going. It is a game of intuition. Imagination. Improvisation. But most of all, of reciprocity. Of teamwork. There is no way to freelance in volleyball.  Mary Dunphy, 1988 U.S. Olympic mens volleyball head coach

"At every level of volleyball, parents will be involved. It appears that the model coach has the confidence of the parents of the players. They seem not only to support but also to assist the coach. The coach seems to direct the assistance, somehow molding the parents into a team just as he or she did the players. How does the model coach accomplish this? What magic does the coach weave? Is it even possible for mere mortal coaches? - Mark Pavlik, Volleyball Coach

"Team chemistry is an elusive thing. There are probably as many definitions for it as there are coaches. "Let's all pull on the same end of the rope" and "Let's have some fun out there" are examples of appeals to team members to play with chemistry. - Mike Hebert, Volleyball Coach 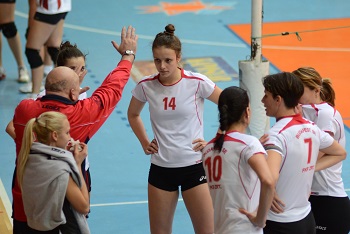 Volleyball Sayings and Quotes from Professionals

The beach game taught me great lessons about how to elevate the play of my teammate, or teammates, and how to anticipate and expect the ball so much more than the indoor game ever could. It taught me  even forced me  to be a much better all-around player. That allowed me to help our USA Olympic Team in many more ways than I ever could have otherwise." -- Karch Kiraly

Misty May Treanor commenting about Kerry Walsh...
I wouldn't be the best offensive player if I didn't have a great setter. She serves me up nectar." "Kerri and I have had our ups and downs, of course. Last year we had some rough times, but we never needed marriage counseling or anything like that. We're pretty good at communicating with each other.

"If someone in the team has problems, the other teammates have to make up for his bad day. It is part of every team sport, not just volleyball. --Matey Kaziyski Bulgaria Mens National Team 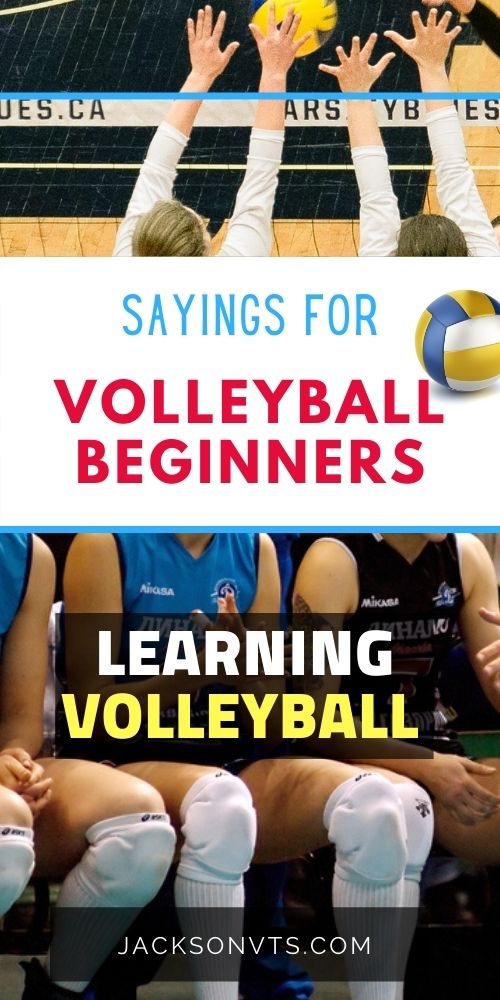 Volleyball Sayings from other Famous People

Remember Your A B Cs
Avoid negative sources, people, places, things and habits
Believe in yourself
Consider things from every angle
Don't give up and don't give in
Enjoy life today, yesterday is gone, tomorrow may never come
Family and friends are hidden treasures, seek them and enjoy their riches
Give more than you planned to
Hang on to your dreams
Ignore those who try to discourage you
Just do it
Keep trying to matter how hard it seems, it will get easier
Love yourself first and most
Make it happen
Never lie, cheat or steal, always strike a fair deal
Open your eyes and see things as they really
Practice makes perfect
Quitters never win and winners never quit
Read, study and learn about everything important in your life
Stop procrastinating
Take control of your own destiny
Understand yourself in order to better understand others
Visualize it
Want it more than anything Xcellerate your efforts.
You are unique of all God's creations, nothing can replace you
Zero in on your target and go for it! - Wanda Hope Carter
---------

No written word
Nor spoken plea
Can teach young minds
What they should be;
Nor all the books
On all the shelves
But what the coaches
Are themselves - Haim Ginott adaptation
---------

It has always been my thought that the most important single ingredient to success in athletics or life is discipline.

All you need in life is ignorance and confidence, and then success is assured. -Mark Twain
---------

The word coach comes from the old English word coach, which was a vehicle, a carriage that took royalty or very important people from where they were to where they wanted to go. Thats really what a coach is. He or she tries to create a vehicle that will help you get where youre going, not where the coach wants you to go. - Tim Galleway
---------

I just love the game of basketball so much. The Game!! I don't need the 18,000 people screaming and all the peripheral stuff. To me the most enjoyable part is the practice and preparation. - Bobby Knight
---------

The most important thing that a young athlete must do it pick the right sport. Not one that they like just a little bit, but one that they love. Because,if they don't really love their sport, they won't work as hard as they should. Me? I loved to hit. - Babe Ruth
---------

It was always fun for me, I loved baseball so darn much. By the hours I practiced, you'd have to say I was working a lot of hours, but it was pretty near tireless fun for me. I'd rather swing a bat than do anything else in the world. - Ted Williams, baseballer
---------

I have learned something well worth while.
That victory could not bring
To wipe the blood from my mouth and smile
Where none can see the sting I can walk, head up, while my heart is down
From the beating that brought it's good,
And that means more than the champion's crown
Who is taking the easier road. I have learned something worth far more
Than victory brings to men; battered and beaten, bruised and sore, I can still come back again;
Crowded back in the tough, hard race, I've found that I have the heart
To look raw failure in the face
And train for another start.
Winners who wear the victor's wreath, Looking for softer ways, Watch for my blade as it leaves the sheath,
Sharpened on rougher days,
Trained upon pain and punishment, I've groped my way through the night MISSING LINE And I've only begun to fight.
 Grantland Rice, sports writer