Here are basic volleyball terms for understanding the sport of volleyball. It may be easiest to first start with talking about the 6 volleyball positions.

Defensive Specialist. The defensive specialist is also known as the DS. This is a specialized position where the player only plays across the back row. When this player rotates to the front row, the player is substituted out of the game.

Pass. The first contact after a serve is considered the pass. Players use their forearms or hands to pass the ball.

Set. The second contact (after a pass or dig) is referred to as the set. The setter is usually the player on the court doing the setting. The set can be done with hands or with a forearm bump set. The purpose of the set is to the ball to an attacker to attack the ball over the net.

Spike. Spiking is also referred to as hitting or attacking. The goal of spiking is to hit the ball in such a way that makes it difficult or impossible for the opponent to return the ball. Successful attacks result in points.

Serve. The serve is the action of putting the ball in play to start the rally. Competitive players use the serve as an attack to get an advantage over the opponent.

Dig. A dig is a defensive play. This is making a successful play on a ball that’s spiked by the opponent. Digging is one of the main skills of libero and defensive specialists.

Block. A block is when you are near the net and you deflect the ball coming from the opponent. Teams learn to block so they can stop the attack. Blocking is part of defense. The skill of blocking is more important in the older age groups because younger volleyball players aren’t able to jump up above the net as well.

Stuff Block. A stuff block is when a blocker blocks the ball down into the opponent’s court for a point.

What is a 32 in volleyball?

32: A is a set to the left-front hitter halfway in between the middle of the net and the antenna about the height of a two ball.

What is a Flare?

Flare: A flare is when an attacker uses an inside-out path to attack an outside set.

One of the most popular offenses in volleyball is the 5-1. That is when you have five hitters (2 outsides, 2 middles, and one right-side hitter) and one setter. The setter sets in each rotation and doesn’t come out of the game. Since the setter is setting the entire time, there are only 5 attackers. Hence, 5 attackers, 1 setter.

What's the easiest position in volleyball?

Which volleyball players are the tallest?

The middle blockers are usually the tallest players. The outside hitters are also tall. If you’re a setter, you have an advantage being taller for a tight pass to the net, blocking, or attacking.

What does ACE mean in volleyball?

An ace is a serve that results directly in a point. If the serve goes directly to the opponents floor it’s called an ace. If opponent passes 1st ball but it can't be kept in play, this is sometimes called an ace.

What is weak side volleyball?

The right side of the court is weak side because it’s more difficult for a right handed attacker to spike from this side.

Why are liberos short?

Not all liberos are short. There are advantages to being a short libero. Lower center of gravity, closer to the ground makes it easier to make plays. It can be more difficult for taller players to play the low ball.

Can a setter spike?

Can you block the setter?

If you enjoyed these basic volleyball terms and would like to keep it close to you at any time, just save this pin to your Pinterest Volleyball Training Board. 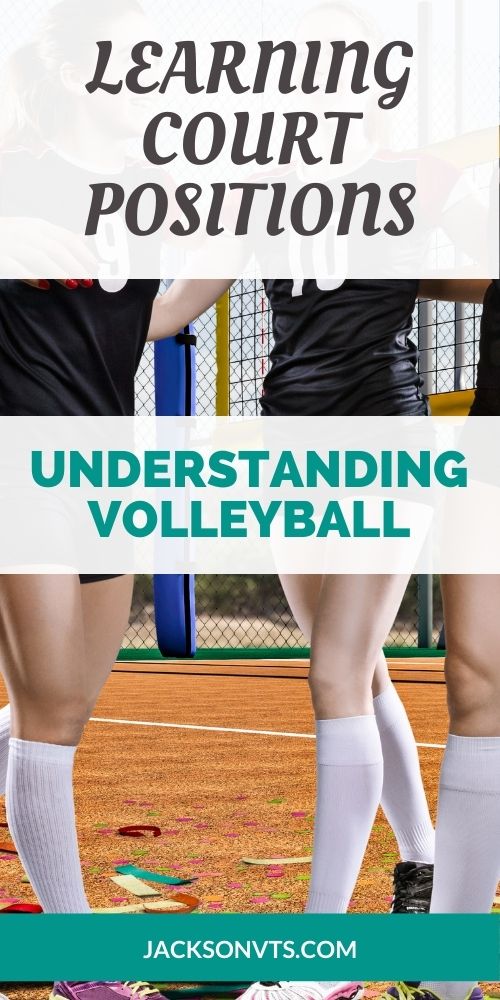