Job of the Libero Tracker

The libero tracker is also known as the assistant scorer. This is the person on the officiating crew that records all substitutions. When a player (not a libero) is substituted out of the game, her number is crossed off and the player's number entering the game is written on the line.

What is the libero?

A libero (LEE'-beh-ro) in indoor volleyball is a back-row defensive specialist. Since they only play in the back row, those players are often shorter than the front-row blockers and hitters but have impeccable ball-control skills. The position was created to promote ball-control.

Official instructions for the High School Volleyball Libero Tracker can be found in the NFHS Volleyball Rules Book.

For high school volleyball competition, there are unlimited libero replacements but only 18 substitutions per game.

What is the function of libero tracker in volleyball?

The libero tracker is responsible for tracking the libero replacements.

Here are the two primary jobs of the tracker.

1) Assure that once the libero is replaced, at least once rally/dead ball must take place before the libero can replace another player.

2) Ensure that when the libero leaves the court, the player replacing the libero must be the same player that the libero replaced when he/she last entered the set.

Before the Start of Each Set

1) Obtain the lineup sheets and record the uniform numbers of the starting players in serving order.

If no libero is indicated, notify the 2nd referee.

After the Coin Toss

1) After the coin toss, the libero tracker should review the lineups submitted and record all libero replacements accurately so that the sheet reflects who is actually on the court.

2) If an incorrect libero replacement occurs, notify the 2nd referee unless the team immediately corrects the replacement with no delay.

1. Record all substitutions and libero replacements on the libero tracking sheet.

2. Notify the 2nd referee if the libero replaced an incorrect player or an undesignated libero enters.

3. Notify the officials if the libero does not remain out of the set for one rally between replacements.

4. Communicate with the scorer to ensure accuracy.

5. Report the status to the 2nd referee at the beginning of a timeout.

How to Fill Out the Line-up Sheet

2) Enter the starting player (SP) #s in serving order under the SP column.

3) When the libero enters, slash the player number and enter L.

4) When the libero is replaced, slash the L and enter the player’s #.

Why is it called libero?

That player is called the libero (pronounced either LEE-beh-ro or lih-BEAR-oh). The libero — Italian for “free” — is a defensive specialist position adopted by the NCAA in 2002. ... The idea behind creating the position was to allow teams to keep their best defensive player on the court as much as possible.

How do you libero track in high school volleyball? 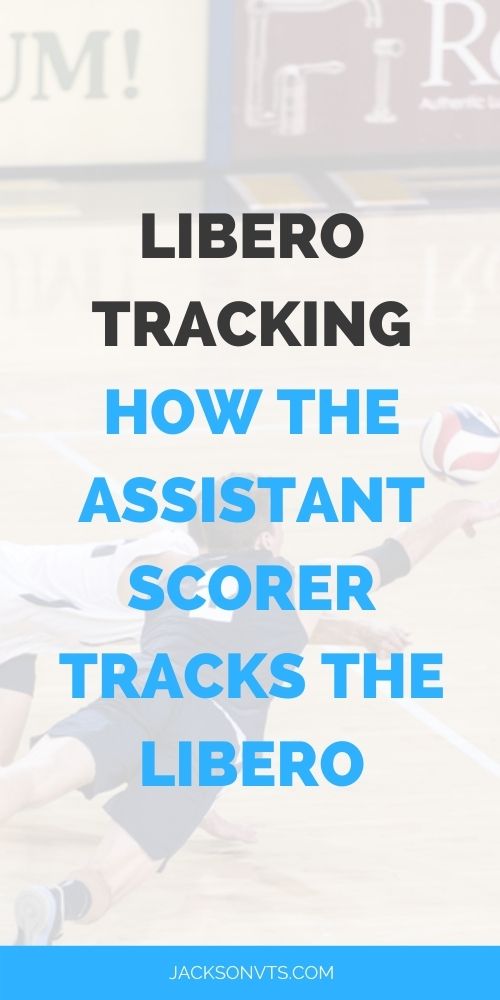