The first referee carries out his or her responsibilities from a position standing located at the opposite end of the net from the scorekeeper's table.

It's recommended that the first referee remain on the stand during the entire match except for a protest, for personal reasons, or to handle a scorekeeping difficulty that the second referee is unable to resolve.

The first referee directs the match from the first moment arriving to the court until the end of the match.

First referee responsibilities before the match include... 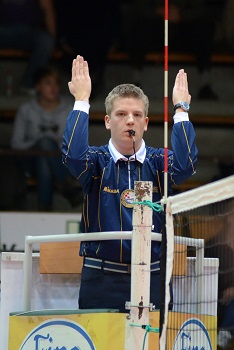 The second referee takes position facing the first referee on the opposite side of the court.

Second referee responsibilities before the match include...

During play, the line judges are positioned as follows...

Some teams will have a ball crew (ball shaggers) that manage the game balls during play.

The purpose of the ball crew is to help keep the game flowing smoothly. Not having to wait for players to retrieve volleyballs can help speed up the game. Also, sometimes the ball will get wet. The ball crew dries off the balls with a towel, providing a dry ball for the next play. 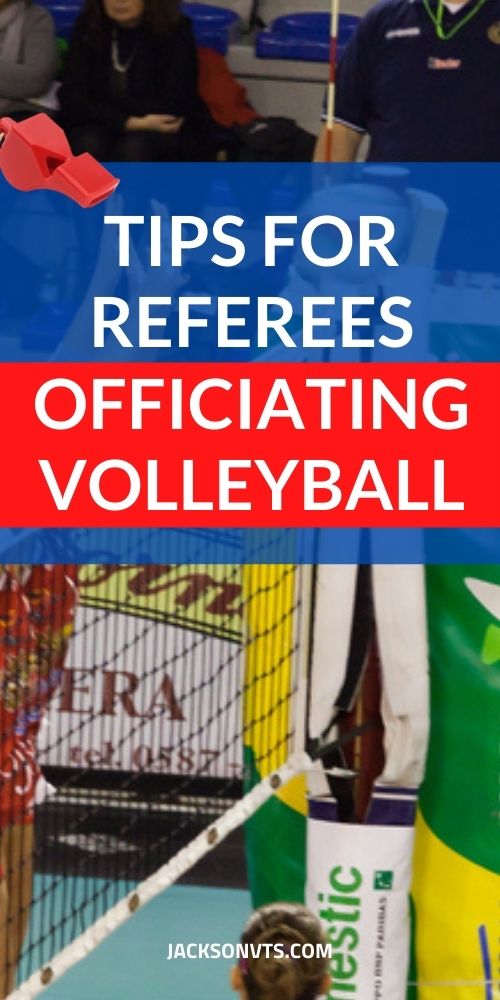