This ball is much lighter. You'll find it's much like playing with a balloon! Okay, not quite a balloon. You will notice it bounces really well off your arms and the ball will float in the air much longer because the ball is so light. You'll also find this ball to be a great training ball for young players just starting to pick up the game. 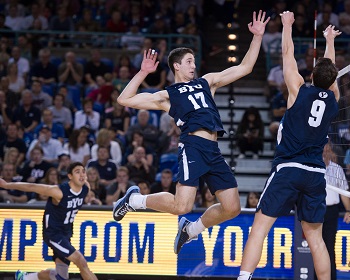 For NCAA and NAIA Men's and Women's competition, Molten is the official game ball.

Tachikara Volley Lite Volleyballs for 12 and Under Competition

Tachikara game balls are very popular choice when it comes to competitive youth volleyball. From as young as 10 years old up to 80 year olds, volleyballs are available.

For example, for youth club volleyball 12 and under, the Tachikara Volley Lite is available.

Volleyball Lite for 12 and Under Competition

Do you know where the name Tachikara, pronounced (tah·chee·kar·ah), comes from? Tachikara-Ono-Mikoto is the "God of Power" in Japanese mythology.

The company was established in 1915 and is known well for creating a good seamless volleyball.

Tachikara has been relentless in the pursuit of perfecting the volleyball. Continuing to research, study, and test for an improved ball, Tachikara has become a leader in its industry.

My Tachikara lasted a long time without much wear and I had to keep a close eye on it when setting it down in the gym. When the ball was new, it would tend to grow legs and walk off on it's own if you know what I mean.