Volleyball blocker strategies and techniques for winning in volleyball.

Sometimes a coach will decide to have a player come into the game to help out blocking at the net. In this case, the player needs to understand their role as a volleyball blocker.

The players given this role are usually taller players that have a better chance at blocking than shorter players. Also, a player may have some natural talent when it comes to blocking. Many coaches believe that blocking is a skill that's very difficult to teach. It's kind of like rebounding in basketball... a great rebounder just "gets it". In the same way, a player that understands how to block on a whole different level than the rest of the team is a great asset to have. 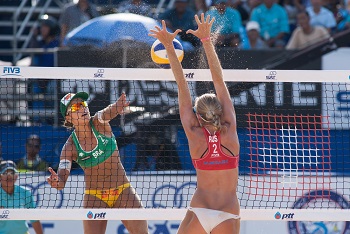 Blocking is Part of the Defensive System

The volleyball blocker needs to understand that blocking is part of a defensive scheme.

Blockers need to understand that what they do or what they fail to do, affects their entire team's defense. For example, it can be obvious what has happened when a blocker makes a successful stuff block. However, when a blocker deflects the ball, slows it down, or just channels it to areas of the court where a teammate in the backcourt is positioned, this play has affected the entire defensive system.

A team can put up a single, double, or triple block.

Penetrating the Net While Blocking

Single Block
A single block means that only one blocker is up to defend against an attacker. This is often referred to as a one-on-one situation. It's one-on-one because it's one blocker versus one attacker. Hitting against a single blocker is usually a very likely kill. One blocker can be effective but doesn't take up very much space at the net and therefore, minimally limits the areas of the court the attacker can hit.

Double Block
A double block means that two blockers defend against one attacker. Obviously, when possible, a team wants to double block an attacker because this takes away a large area above the net and eliminates a big portion of the court.

Triple Block
A triple block means that three blockers are actively involved in the block. The more blockers involved, the less available space on the court for a hitter to attack.

Basic Movements for Blocking
The two most popular ways to move and get in position are the sidestep shuffle and thecrossover.

For the sidestep shuffle, shuffle sideways along the net, then step, plant, and jump.

For the crossover, if moving to the right, start with a right step, crossover with a left, then plant and jump straight up.

Tips over a Volleyball Blocker

Keep Hands and Fingers Wide Apart
It's important to keep hands far apart when blocking. Always start with hands far apart as you penetrate over the net, then bring your hands closer together as you reach the peak of your jump.

When Blocking, Contact the ball with Your Hands
It's important to focus on contacting the ball with your hands when blocking. Many players think that it's ok if they block the ball with their arms.

Obviously a tall volleyball blocker that can jump high has a big advantage when blocking because they can get their hands and arms high above the net.

Penetrating the Net
When you block, you want to penetrate the net as far as you can. Penetrating the net means getting your hands onto the other side of the net when blocking.

If you penetrate, you will take up more angles that the hitter could try to hit into. This is very important because the more you penetrate, the less room an attacker has to hit.

Make the hitter feel like she is trying to, "hit out of a phone booth". 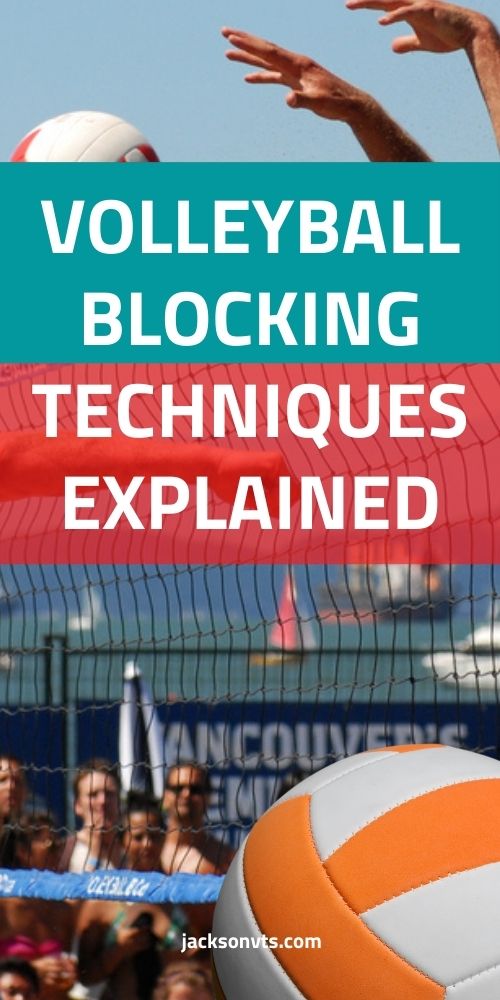