Main positions in volleyball include outside, right side, setter, libero, and DS

Volleyball court positions for learning how to play volleyball.

The setter's job is to use an overhead hand setting motion to set the ball to a spiker.

The setter needs to be highly accurate and consistent at placing the ball in an area that's easy for a spiker to spike the ball. 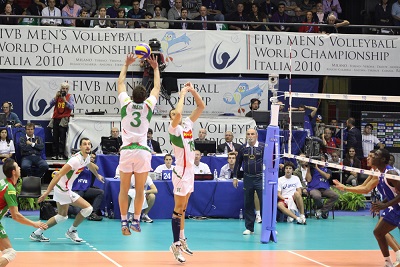 Usually the taller players on the team are chosen to play middle. The middle hitter/blocker is the player that stays near the middle of the net ready to react to the opposing team set. The middle basically tries to block the opponent attack hits (especially sets to the middle).

Middle hitters are usually quick and tall. Middles need to be quick in order to cover a lot of area at the net for blocking. Height is an advantage because the taller the player, the more area that can be covered for blocking.

Also, taller spikers can spike the ball down into the opponents court at different trajectories, making it harder to block or dig. Basically, taller spikers have an advantage because they have more options on where to place the ball when spiking.

The outside hitter is the main attacker on the team. The more a setter is able to set an outside hitter, the more likely a team will win.

A team has two outside hitters. Each outside plays opposite one another in the line up.

Having a strong outside hitter can make your other attackers stronger. For example, a good outside hitter will take away a lot of attention. This will give the middle and opposite better chances for having successful attacks.

Of all volleyball court positions, the libero is the most misunderstood.

The libero is a specialized player on the team that plays only on the back row. The libero wears a different colored jersey and has special restrictions different than other players on the team.

The purpose of the libero is for improving team defense and serve receive.

The libero can replace any player on the back row multiple times. The libero's role on the team is to help out with defense and passing. Thus, the libero should have highly developed passing and defensive skills.

The defensive specialist (DS) is much like the libero. The difference is the DS is just like the rest of the team. The DS will focus on developing backcourt skills and replace a player in one position on the back row.

Unlike the libero, the DS isn't limited by any special rules. For example, if the coach wants the DS to play across the front row, the DS can.

The opposite position is the player that plays opposite the setter.

The opposite is usually a bigger player that specializes in blocking the opposing teams outside hitter.

Opposites don't usually play a larger role in team offense. For offense, it's usually the outside and middle that gets the attention. Opposites specialize in blocking. It's also good for opposites to have good setting skills because of the situations where the setter takes the first team contact and the opposite must step in and set the 2nd ball.

Understanding volleyball court positions is very important for success. Players need to understand their role on the team and the role of each position. 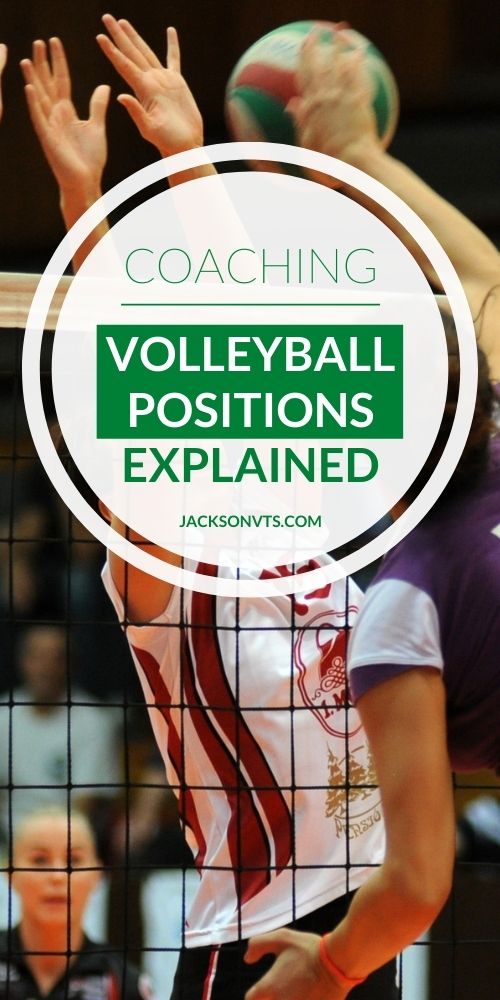