Definitions and philosophy for playing defense in volleyball

Volleyball defense could be defined as, "the reaction to offense".

What is "defense" in volleyball?

Defense is the action that a team takes from the time its opponent contacts or controls the ball until the ball crosses the plane of the net to its side and is either stuff blocked back to the opponent or controlled for an offensive play.

Defense prevents the other team from siding out and from transition scoring.

Team defense is what a group of players does to keep the opponent from scoring or siding out.

A team is on defense once the ball crosses the plane of the net to the opponent's side of the net... after a serve, after an attack, after a down ball or a free ball.

Defense includes both blocking and backcourt digging or contacting the ball. 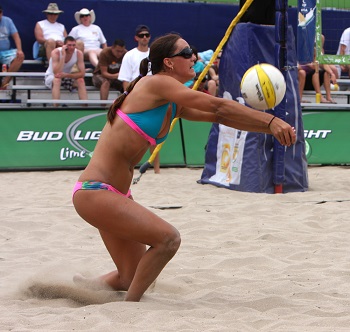 Good and great defense depends on the interplay and coordination of the block and the backcourt defense.

Many coaches believe, "Good defense begins with a good block."

You need to sell your team on the concept of great team defense. Blocking and digging versus being satisfied to be just a good attacking team is key to success in volleyball.

Your objective as a defensive player is to position yourself between the flight of the ball and your half court so that you can either block or dig the ball and then to covert your defense contact to an offensive play by your team.

As a defender, you want to have the mentality that nothing will ever hit the floor. Your pursuit of the ball should be relentless. Great defensive specialists have this mindset.

Play as though every ball is coming to you.

When the ball is in play, never take your eyes off the ball. Put yourself in the correct defensive position prior to the attacker's contact with the ball.

It's important to understand you are responsible for a defensive area, not just one spot on the court. Players often ask, "Am I in the right spot." The answer, "If you can block, dig or get to the ball, you are in the right spot."

Good volleyball defense position involves the backcourt player being on the balls of the feet, in medium or low body position, with the body forward, and with the hips low.

You should never touch the floor before your arms make contact with the ball. Lunge, sprawl, roll, or dive as a last resort. Be aggressive but under control.

Your teams volleyball defense system should be designed with the goal of preventing the ball from being hit off your block out of bounds and also the ball hitting the floor on your side of the court.

You can't possibly cover every inch of the court. Therefore, you must determine what areas of the court you're willing to give up and what areas you will protect and defend.

Design your volleyball defense with these following points in mind...

You must teach your team where most hitters in volleyball attack. Every attacker has tendencies. For example, most players hit the ball crosscourt. Study your opponent so you are better ready to make defensive plays. 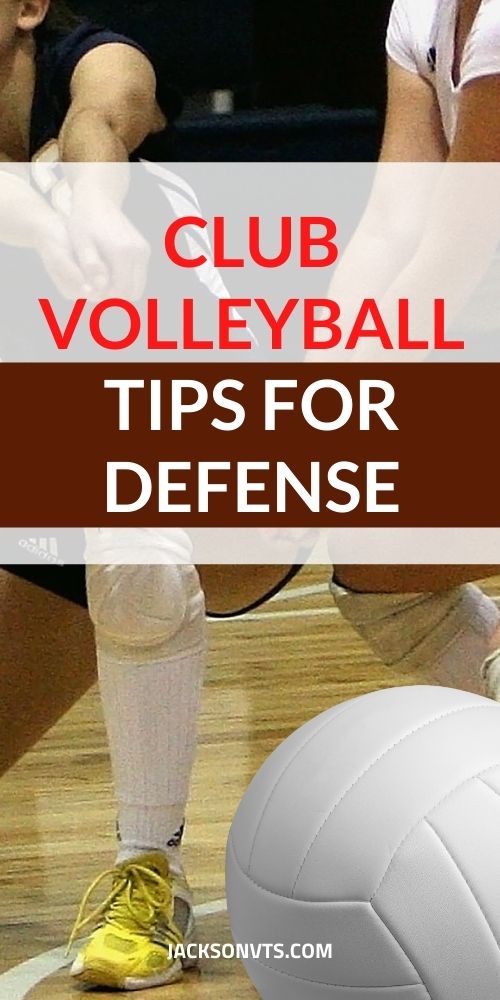