Spiking a volleyball, the most fun skill in volleyball

The players that get all the attention in volleyball are the spikers. If you can hit a volleyball really hard, you'll likely impress the average volleyball fan.

Powerful spikers that can hit the ball real hard are fun to watch.

A great volleyball hitter takes a fast approach and has a quick armswing that enables them to put a lot of velocity on the ball.

What is an Attack

An attack is the skill that puts the opponent on the defense. The better the attack, the more difficult it is for your opponent to play defense.

After the opponent initiates the serve, your team works to pass, set, then attack. This is the goal in volleyball...attack to score points. The team that is best at setting their team up to attack will likely win.

A kill
A kill in volleyball is attacking in such a way that makes it impossible for your opponent to return the ball. For example, when a hitter hits the ball in such away that it can't be returned, the hitter gets credited with a kill.

Attacking the ball effectively gives your team a better chance to score points. This is why it's important to learn techniques for attacking. 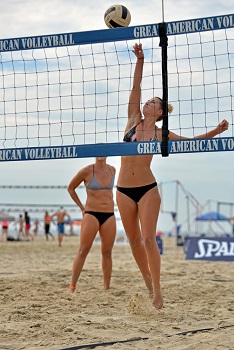 Shots are basically different types of hits. Hard swing crosscourt, hard hit line, tip over the block, roll shot over the block to the middle of the court, and high line are all examples of shots in volleyball.

A left-handed attacker who is hitting in front of the setter decreases his angle of approach to make it easier to make good contact with the ball. It's tougher for left-handed hitters to attack on the left side of the court because this is his off-hand side. 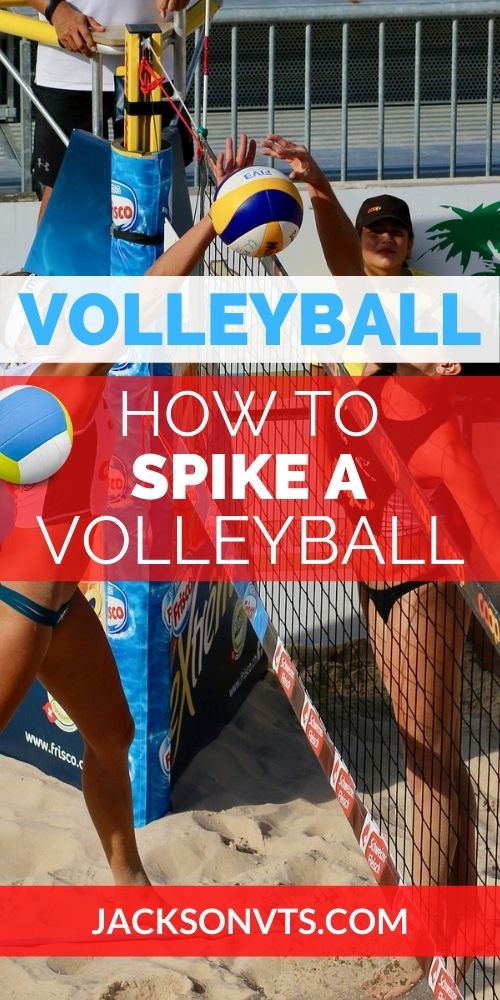