Volleyball Positions on the Court

Volleyball Positions on the court and strategies for defense.

There are several player characteristics that are ideal for each defensive position. Coaches can help players learn responsibilities and develop techniques necessary to play defense.

The right front player should have good block timing, good blocking technique, and strong hands for setting and blocking.

The right side player needs to have good hand setting skills because this is the player that sets the 2nd ball when the setter is out of the play. For instance, when the back row setter takes the first contact, it's the right front player that steps in to set the 2nd ball.

Volleyball Positions on the Court for Front Row

If the setter on the team runs a 5-1 offense, then when on the front row, the setter will play right front. If the setter is running a 5-1, it's to their advantage to develop specific skills for play the right front position. 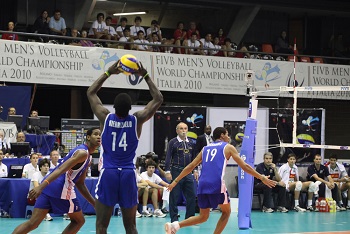 The player in left front position is often the teams best attacker and passer. The player is often very good at transitioning to attack from any zone on serve-receive.

This player should be good at helping out to block middle, react to the slide attack, and establish the block on the opponent's right side attacker.

Of all volleyball positions on the court, middle front is considered the most difficult. Middles are very active at the net, constantly making quick and explosive movements.

It's an advantage for a middle to be quick at lateral movements for moving to get in position to block both left and right side attackers.

Transitioning to hit a quick attack is also important.

Middles are needed to block quick attacks and combinations of attacks. Middles work hard and set the intensity tone for a game and often lead by example. 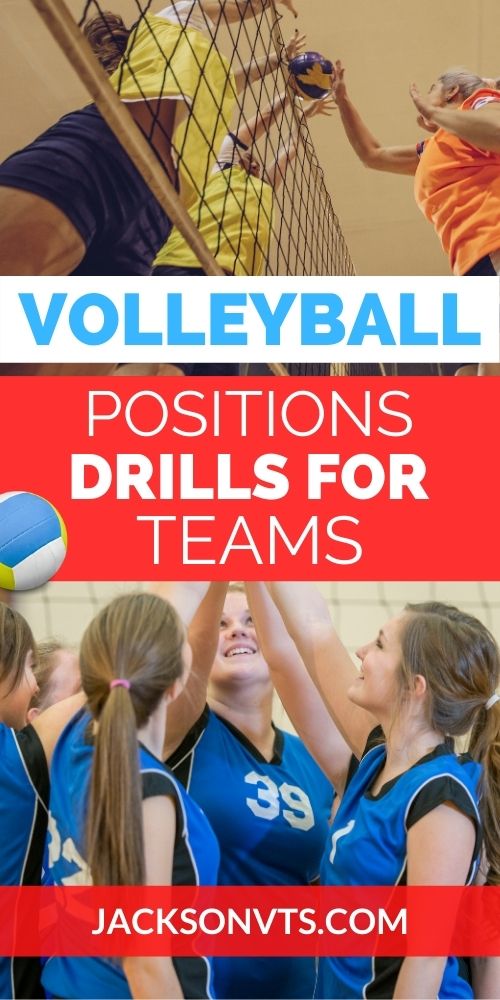 The left back player should be a great digger and be able to attack out of the A and B back row zones.

Depending on a player's quickness, he or she may also be asked to cover additional court. For instance, if the setter is also on the back row, the left back player may need to cover 20 of the 30 feet from the left to the right. This permits the setter to release to the target to set rather than playing a ball in the middle of the court.

The middle back player needs to be quick enough to cover the court from sideline to sideline in reaction to an attack.

The middle back player kind of directs traffic on defense. The player should be loud and communicate frequently with teammates.

The player is respected and trusted by teammates because of playing steady and smart.

The middle back player is responsible for splits (the gap between two blockers), tips that go high and deep off blockers hands, and balls hit into the corners of the court.

It's important to not help playing balls in front of other teammates until his or her own responsibilities are covered.

Laying out to make a great defensive play in volleyball

Volleyball Positions on the Court for Back Row

In a 6-2 offense, the right back player is usually the setter. Other times it's the opposite or a defensive specialist or libero who enters the game for volleyball passing and defensive purposes.

This player should be able to dig hard line and cross-court shots as well as attacks from the middle.

The right back player should also move to dig tips or roll shots close to the net as well as to the middle of the court about 14 feet in.

Also, this player should be able to play balls hit off the block that end up to the right of the court.