Volleyball passing is one of the main skills and is very important for success. Use passing techniques for playing better volleyball.

The two main ways to pass a volleyball are the forearm pass and the overhand pass.

Forearm passing is performed by bringing the forearms together to work as a platform for passing the ball. Historically, the forearm platform has been the most commonly used surface for controlling the first ball sent over the net by a serve or an attack.

The goal of the forearm pass is to place the ball near the net so the setter can set it. 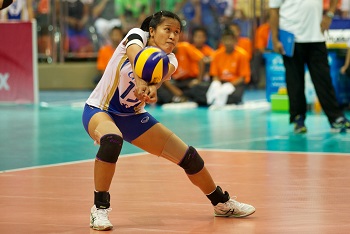 Forearm passing is one of the main skills in volleyball

Start in a relaxed stance with the legs slightly flexed. To receive the serve you need to be ready to move comfortably in any direction, ready to intercept the ball.

To perform the forearm pass, a player leans forward so that her arms hang toward the floor and are naturally straight.

The following are different methods for creating a nice passing platform. It's best to choose one of the following hand positions.

Fist Wrap. Fold one hand into a loose fist. Wrap the other hand around the fist, making sure that the thumbs are parallel. Press both thumbs toward the ground.

A Solid Passing Platform is Key

Players shouldn't create a forearm platform before or while moving. Instead, they should move naturally and then let the arms hang straight in anticipation of bringing them together before contacting the ball.

The platform should be formed while in a balanced position and with the hands facing the ground.

Volleyball passing from the centerline of the body helps ensure that the hips and shoulders are facing the target. You want to move in a position where 1) you get the body around the ball, and 2) the hips are under the ball. Remember, always face the target when you pass and be contacting the ball near the centerline of your body.

Move your feet, get the platform out early and get in position to pass.

The hands are primarily used for digging. However, when receiving the serve you may learn volleyball skills for playing the ball overhead with the hands.

The rules of volleyball allow players to double contact the first team hit. So, on the teams first contact, a player may legally double-contact the ball but not lift or carry it. Therefore, it can be an advantage to develop volleyball passing skills that involve using overhead finger action (overhand passing).

Overhand passing has many advantages. For one thing, you can speed up the offense by playing the ball overhead. For example, instead of forearm volleyball passing a ball that is falling short over the net, a front row player can take the ball with the hands and overhand pass quickly to the setter.

Also, players that get served deep can move backwards and take the ball with the hands. This can be an advantage because players don't have to move so much to get in position. But be careful here. You don't want to develop lazy passing habits. This is a disadvantage of overhand passing all the time.

If a player hasn't yet develop good anticipation and movement skills for getting in position, overhand passing can make players lazy. For example, it's difficult for players to learn how to move and anticipate if they are always taking every ball with their hands.

If you enjoyed these volleyball passing tips and would like to keep it close to you at any time, just save this pin to your Pinterest Volleyball Training Board. 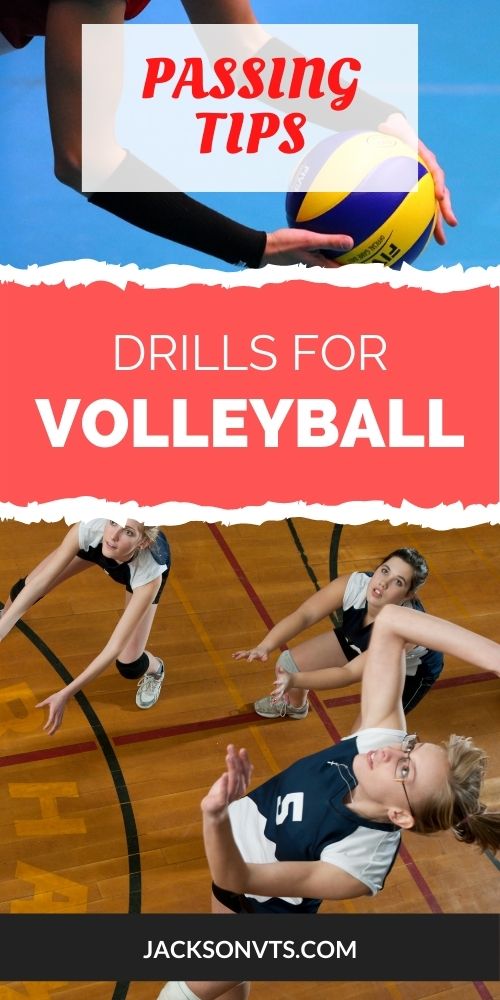 Home › How to Play › Passing