Volleyball mistakes result in a point for the opponent. Examples of violations in volleyball are multiple contacts by a single player, carrying the ball, and touching the net.

Multiple contacts during a single attempt to play the ball is legal only on the first team contact.

On the first ball during a single attempt, the ball can rebound multiple times. Two separate attempts to make the play is an illegal double contact. 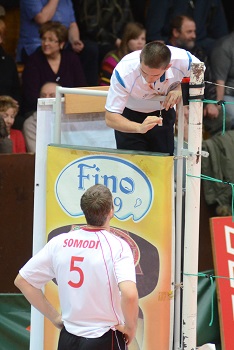 For NCAA, the player can cross the centerline provided some part of the body remains above the line and doesn't cause a hazard.

Teams often lose the point because of attacking errors