How to Coach Volleyball Misbehavior

How to coach volleyball can be difficult. Do you need tips on handling team conflicts and strategies to discipline your players?

For misbehavior to occur, you don't even need two people. For example, a player could have an inner conflict such as guilt.

Communicate with your Team

The more people in a gym, the greater the chances of conflict occurring. Couple that with the high stress situations of competitive volleyball, this creates optimal situations for confrontations.

How to Coach Volleyball and Respond to Misbehavior

Young athletes will misbehave. It's only natural. The following are two common ways for dealing with conflicts.

Extinction is when behavior is neither rewarded or disciplined.

This can be affective because in some situations, disciplining only encourages kids cause more problems.

Ignoring can also teach kids that it's not worth your attention.

Sometimes you need to take immediate action. This is especially true when the behavior is disrupting the activities or is causing a danger to themselves or others.

Extinction also doesn't work well when a misbehavior is self-rewarding. In this situation, it's necessary to discipline the player for the undesirable behavior.

Extinction works best in situations such as a player looking for recognition through mischievous behaviors, clowning, or grandstanding.

It often helps to praise effort and give recognition when players are doing things well. Reward them for good effort and they will likely discontinue the undesired behavior. 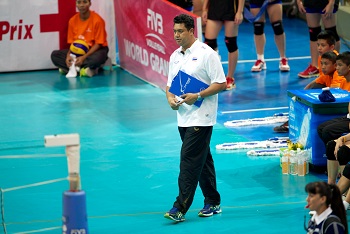 Many experts argue that discipline doesn't work and that it only creates hostility and sometimes develops avoidance behaviors.

Discipline can be used positively. For example...

How to Coach Volleyball... Get Your Players to Buy In

Involve players in creation of team rules. Also involve the team in the creation of consequences.

Coaches should guide the discussion. Examples of situations to discuss are being late to practice, criticizing another player, or talking back to the coach.

Team rules will help the players "buy in" and conform to peer pressure.

Once it's agreed, put the rules and consequences on a list. Volleyball misbehavior will likely be avoided if each player signs an agreement that will help force them to abide by the team rules that are in place. 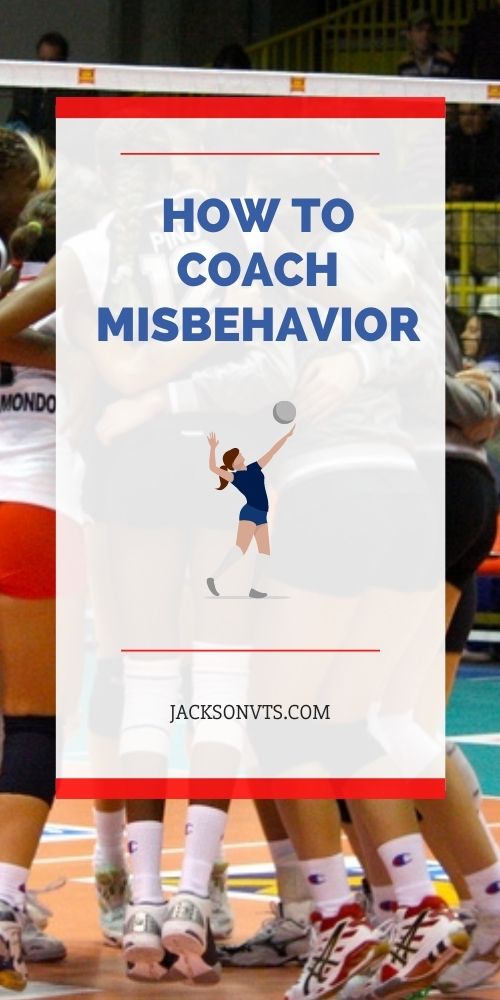