Good Coaching and the Importance of Volleyball Conditioning Drills

As a coach, you should be concerned about the health and safety of your athletes. Careful conditioning and technical instruction leading to skillful performance are significant factors in lowering the incidence and decreasing the severity of injuries.

Good coaching includes discouraging tactics that violate the law or spirit of the rules, or that may increase the incidence of injuries.

The following are some key principles of warming up... 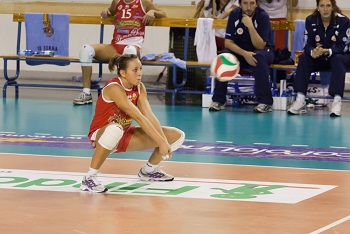 The following volleyball conditioning drills are for setters.

It is beneficial for a setter to strengthen his or her hands and arms and to perform agility exercises.

Some suggested exercises are...


With that said, the most important thing for a setter to do to get stronger by performing the skill of setting. The more repetitions setting, the stronger your setter will get. It's that simple.

If you enjoyed these volleyball conditioning drills and would like to keep it close to you at any time, just save this pin to your Pinterest Volleyball Training Board. 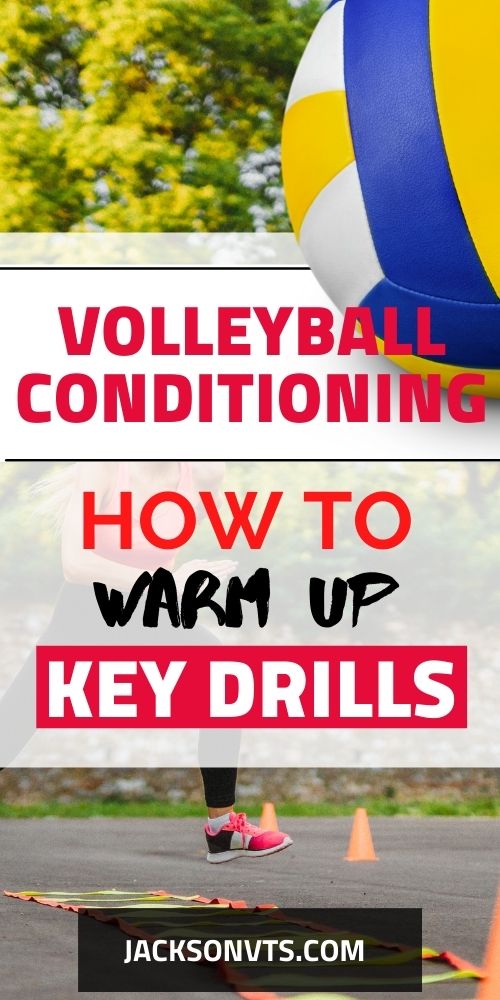 Strategies for Conditioning for Volleyball

Your volleyball conditioning drills should involve training in intervals.

Volleyball is a sport that is has an anaerobic component that should be trained. For example, on average, plays in volleyball last between 5 and 15 seconds. During these 5 to 15 seconds, movements need to be quick and explosive.

This is different than if you were an endurance athlete such as a cross country runner.

This basically means that since it's an advantage to be quick and explosive, this is how you should condition for volleyball.

Drills that involve being explosive for 5 to 15 seconds will closely mimic the pace of a volleyball match.

Resting between intervals is critical for building explosive power.

It's also important to point out that how much rest you get in between intervals is important. For example, if you don't let your players rest during your conditioning drills, players won't be training the right energy system to be strong and explosive.

The extreme case is of a coach not understanding how to condition for volleyball and this having players run distance or some other form of aerobic endurance training to get in shape.