What are the positions in volleyball?

Most teams will have one setter, some have two. The setter is the player on the team that sets the ball to attackers. The setter needs to be a smart player and understand the game really well. The setters job is to basically run the offense.

The setter is involved in almost every play because they are the one responsible for setting the attackers.

Being successful in volleyball is all about getting your attackers a good set to hit. The setter needs a good pass from passers in order to more easily set attackers.

Most setters are the leader of the team. Consequently, the setter is one of the most important positions in volleyball.

The players responsible for passing the ball to the setter are called the passers.

Passers will line up in serve receive anticipating the serve, ready to pass. The passers main responsibility is to get a good pass the setter. It's good for passers to have defensive skills.

Players that have both good defensive skills and good serve receive skills are more likely to get playing time.

Players that specialize in passing will usually substitute into the game across the back row for weaker passers.

If you're tall and athletic, you'll likely be chosen to play across the front row and attack at the net. The job of attackers (spikers) is to spike the ball past blockers into the opponents court.

Most teams have a "go to" player. This an attacker that is playing the "outside hitter" position. When the game is on the line, the "go to" player has the responsibility of putting the ball away for a point. 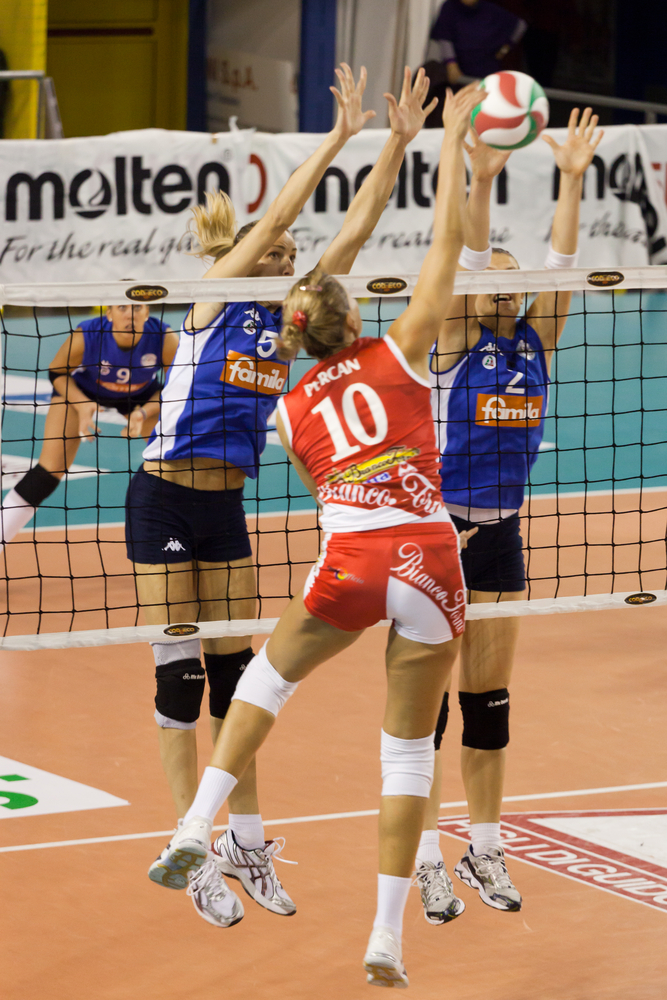 Right side hitters are called "opposites" because they play opposite the setter.

Opposites hit and block on the right side of the court. Opposites are usually taller players that aren't involved in the offensive system as much as other attackers. The main job of opposites is to block the opposing outside hitter.

One of the unique positions in volleyball is the libero position. The libero is a specialized position for players that have specialized skills in passing and playing defense.

The libero has a different colored jersey and has different responsibilities/rules than other players.

The libero position was added to the game to make the game more exciting.

The defensive specialist is a player that subs into the game across the back row to help out with passing and playing defense.

Many players specialize in defense and passing because they soon realize they are too short to play across the front row. Many players want to play volleyball in college and this may be their only option.