Spiking is the most fun part of playing volleyball.

Players take an approach to get in position tospike.

When a hitter hits the ball really hard, this is called spiking.

Spiking is also referred to as attacking.

An "attack hit" is any ball that's sent over the net. The better a team is at attacking, the more likely at team will win the rally and score. 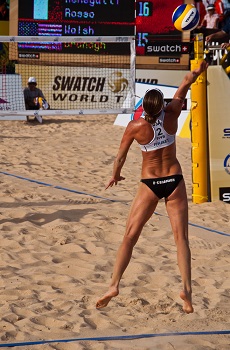 Attacks are performed in many ways... 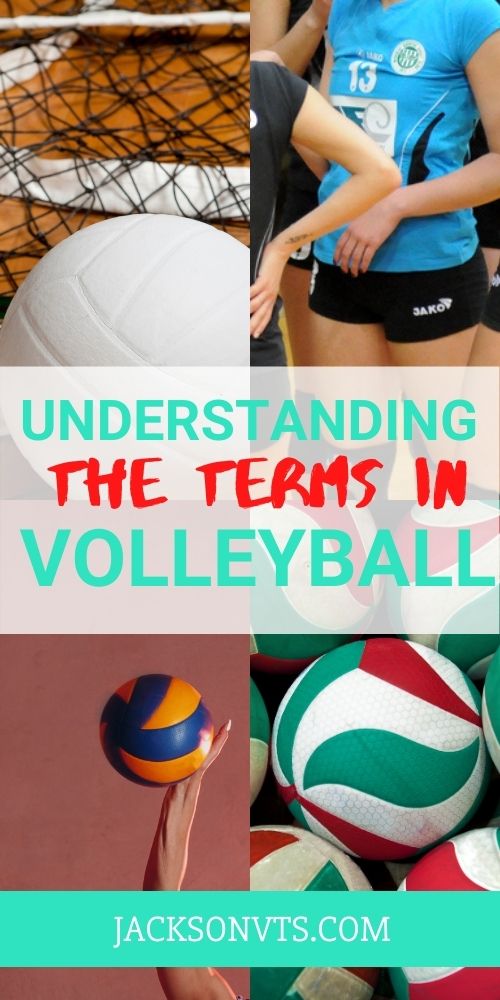 When the ball is directed to a teammate for a potential attack, this is referred to as a "set".

Setting is the skill of using overhead finger action on a ball. Setting is the most accurate way of passing the ball to a teammate.

At competitive levels of volleyball, all teams have at least one player that specializes in setting. These players are called "setters".

If possible, a setter on a team wants to set every ball that's passed from a teammate.

The setter is kind of like a coach out on the court. Much like a quarterback in American football, the setter feeds the ball to teammates.

The setter directs the players and is in charge of running the team offense.

The following are important volleyball terms and definitions for understanding the game.

Line Up and Rotation. Every team has an official lineup and serving order. The line up is how the players start out on the court at the beginning of a game. The coach can change the line up each game.

Player Positions. There are 6 players on the court at a time. A team usually has either 1 or 2 setters. A team also has 2 middle hitters, 2 outside hitters, and 1 or 2 players playing the opposite position. There are also players on the bench that sub into the game. Players that sub in the game across the back row are defensive specialists. There's also a position in volleyball that's completely unique from any other player. This player is called the "libero".

Sets and Matches. Volleyball terms and definitions for "sets" and "matches" will vary across different organizations. Volleyball games are called "sets". Most competitive volleyball teams play "match play". Matches usually consist of best of 3. It's also common to play the best of 5.

Officiating Crew. The officials are made up of 2 referees (R1 and R2), line judges, a scorekeeper, and libero tracker.