When executing volleyball hitting drills, there are 2 very important things to focus on. 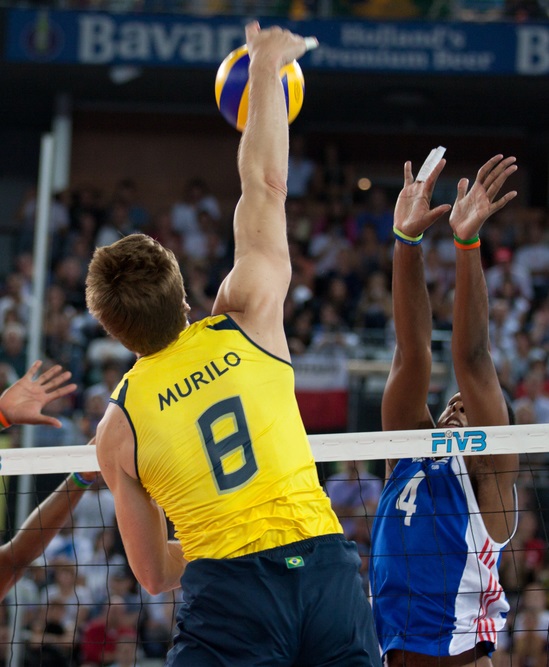 In the photo above, the arm is vertical from shoulder to elbow (hammer position).

The following volleyball hitting drills are important techniques for learning how to spike.


A spike trainer is a device that holds the ball in position for a spiker to spike. The biggest advantage of a spike trainer for volleyball hitting drills is not having to adjust your approach to a bad set. 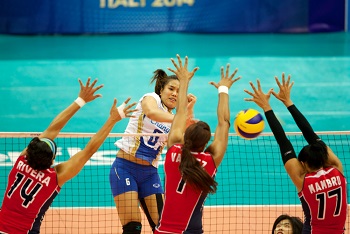 Learn how to spike with topspin by spiking a topspin serve against the wall. The ball should spin. If the ball doesn't spin, then the energy put through the ball is going through the center of the ball. To hit with topspin, the energy should transfer through higher on the ball (more near the top). Have players notice the spin and focus on creating more spin.

Learning to hit with topspin can be difficult at first because the topspin contact has less power. Kids are usually taught to hit the ball as hard as possible. The hit the ball harder, it's natural to send the energy through the center of the ball (this creates a floating action). We don't want the ball to float when spiking, we want it to spin. Therefore, it's often difficult to understand how and why to hit with topspin. 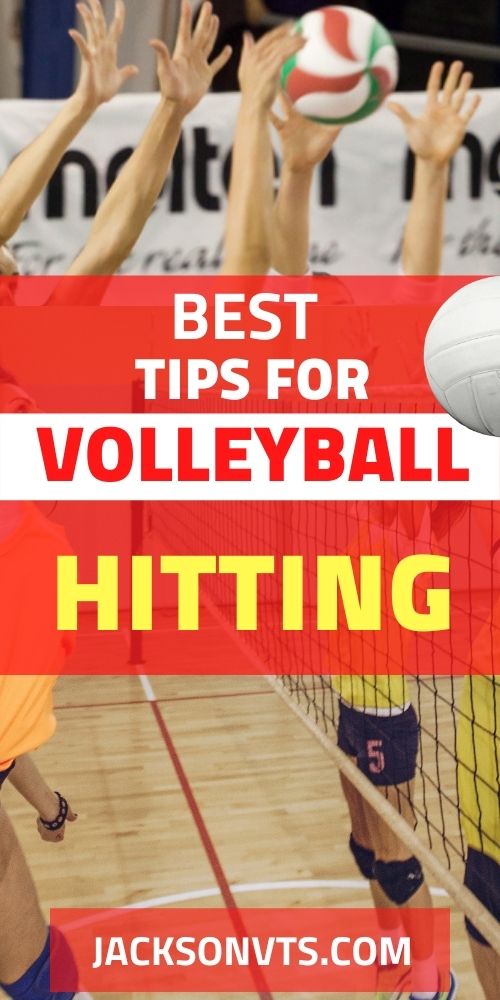