There are various ways to approach to spike a volleyball. The key is to develop a consistent footwork pattern. The more consistent your footwork, the easier it will be to get in position to spike.

The following are the most common footwork techniques for spiking a volleyball.

On the last two steps, you leave the ground jumping up off both feet. 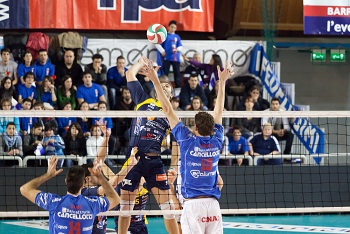 The 3 step approach is the same as the 4 step except you take 1 less step. The order of steps are left-right-left.

The 3 step approach is often used in place of the 4 step approach. Also, the 3 step volleyball spike technique is sometimes used for lower quicker sets.

Sometimes it's difficult to get off the net to approach. When standing at the net and the setter is about to set the ball, a hitter will often approach by just taking the last 2 steps.

No Step Approach
Basically the only time you would do a no step approach is when you can't take an approach. This often happens when a player is standing at the net ready to block. The ball gets overpassed over the net and the blocker jumps up to spike without taking any steps.

Sometimes when the setter is front row, they decide to turn and hit the second ball. This is often done without taking any steps.

Goofy Footed Approach
Goofy footed refers to approaching with backwards footwork. For a right handed player, goofy footed would be approaching with the last two steps left-right. Goofy footed hitters tend to be good at hitting an outside set down the line. This is because as the hitter jumps, the shoulders are square to the net.

Slides look like they would be difficult do. Actually, hitting a slide can be easier for some players. Most players take many small steps as they approach when hitting a slide. When a player runs a slide, they basically are chasing after the ball. It's often easy adjust footwork when running a slide.

As the player jumps in the air off one foot, the player is gliding in the air and drifting along the net. This can make it very difficult for the opposing blockers and defenders to read the hitter. It's also usually really hard for the blocker to get in position to block. 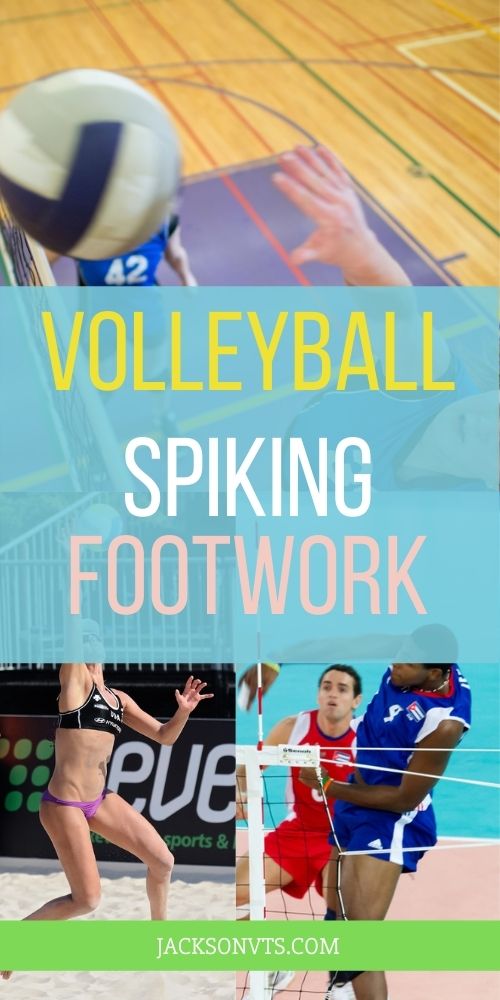 With broad jumping, the spiker approaches and jumps forward towards the net when they hit.

This forward jumping will allow the spiker to put a lot of momentum and energy into the ball. This usually results in harder spiked balls.

Broad jumping is most common for players that are hitting out of the back row.

The disadvantage of the broad jump is the spiker doesn't jump as much straight up which results in not contacting the ball as high.

It can also be tougher to hit a tight set because when you broad jump, you'll likely land closer to the net or in the net on a tight set.