Volleyball Strategies for Hitting and Defense

Volleyball strategies involve understanding how to win at volleyball.

Do you have a strategy to win?

In order to win, you need to understand the strategy for winning.

To win, you got to be the first team that scores the required amount of points.

In volleyball, most games are played to 25 points. The first team to 25 points wins a game. If the score is tied 24-24, it's the team that get's a two point advantage first that wins. Basically, you must win by two points.

A game is referred to as a set. 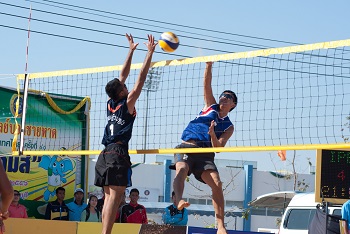 The goal is to win a match. Matches are usually best two out of three sets. Sometimes teams play best of 5.

You score points in volleyball by winning a rally. There are many ways to win rallies. 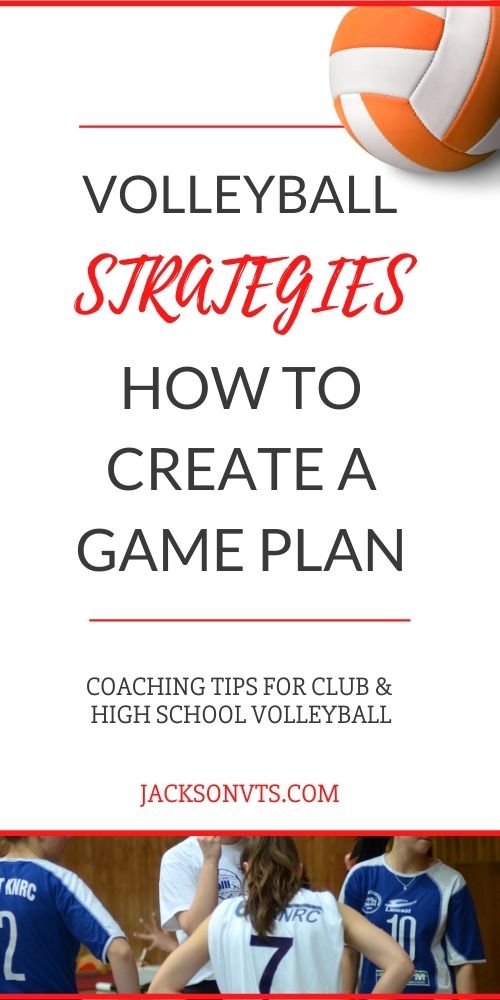 Volleyball strategies for offense are important for winning in volleyball. The most effective way to score points in volleyball is by spiking the ball down to the opponents court.

You could say the goal is to get your spiker a good set to spike.

Blocking a Spike in Volleyball

The goal for setting is to get your spiker a good set to spike.

The better the set, the more likely chance there is the spiker will spike the ball down into the court. The better the spike, the harder it is for the opponent to block or dig the ball.

Basic defense strategy in volleyball is to dig the ball in a way that allows your teammates to make a play on the ball.

Ideally you want to dig the ball up so the setter can set the ball.

When your opponent is serving, your team must receive the ball. The better your team is at passing a served ball, the more likely your team will be at keeping the ball in play.

Ideally you want to pass the ball to the setter. The setter is usually the best setter on the team. The better the set, the more likely the spiker will spike a successful spike.

Most teams spend the most time practicing receiving a serve because of how important it is to pass the ball to the setter. If a team can't pass very well, then it's going to be tough to win.

Volleyball strategies for serving involves putting your opponent at a disadvantage. You don't want to just serve the ball over the net.

If you serve in a way that makes it difficult for your opponent to pass, then you'll have a much better chance of making a good defensive play.

There are various tactics for lining up on the court to play defense.

Teams practice defense by playing specialized positions. For example, the baseline player plays defense at the end line. This player either stays at the end line or rotates over as the spiker is about to spike. If a team has a player playing man up, the player covers tips behind the block.

Basic defensive formations include perimeter, rotation, and man up defense.

Home › How to Play › Strategies