Volleyball hitting strategies and tactics for tipping smart, spiking the ball down the line and cross court.

Basic Strategies for the Volleyball Spike 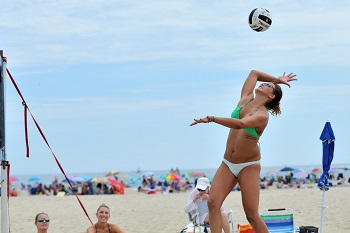 Learn to Spike Smart and Controlled

Volleyball Hitting Angle. The angle or cross court hit is when the volleyball hitter hits the ball across the court. The cross court attack is often very difficult to defend when the ball is placed in the deep corner.

It's difficult to dig because of the trajectory the ball travels. For example, hit the ball hard and high cross court to the deep corner and it's often too difficult for the wing player or baseline player to make a play.

Another option cross court is sharp angle down around the 10 foot line. This is difficult because the off blocker will likely have to make the play.

Most players haven't mastered this hit, so often this will be a kill because the lack of experience by defenders seeing this attack.

Tipping to the Middle and Deep Corners. Tipping is often a very affective strategy for attacking. You should develop your tipping skills because it's important to have a wide array of shots. Tipping to the middle is the most common area to tip to.

Tipping to the deep corners is also an effective strategy. Tipping deep can be effective because a lot of times when a defender sees a tip coming, they expect it to be short. It's also often easier to control the ball when you tip it, so definitely developing your tipping skills.

Strategies for Tipping in Volleyball 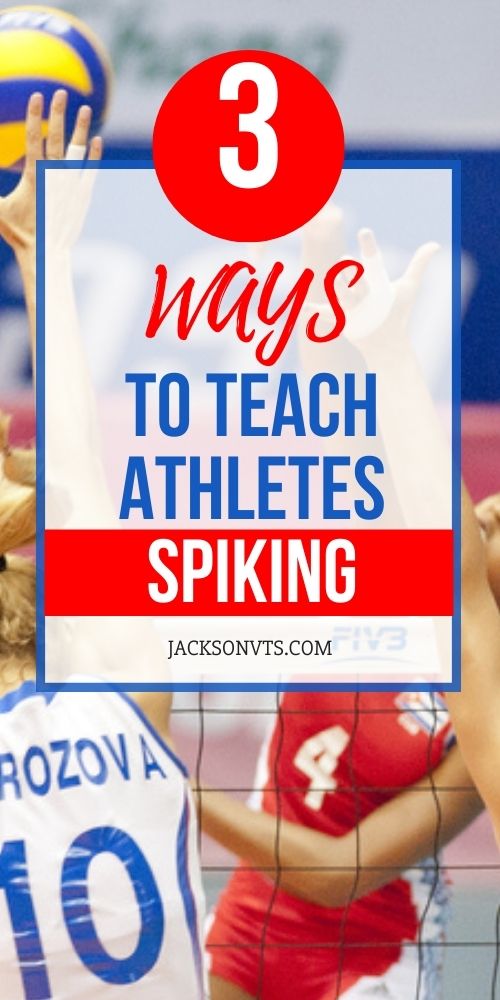 Home › How to Play › Hitting Strategy